Perhaps it would be better if Anthony were here for what is turning out to be a daily shopping spree so that he could possibly put the brakes on us. But he's not here, and the girls and I are thinking in euros. That means that everything is fair game. And no matter what we buy, we then translate it into euros and dollars and far from regretting what we've purchased, we start regretting that we didn't just buy more. The girls have been anticipating this trip especially because, in the words of P, "Aunt Coca & Uncle Jeff and Nana & Pop-pop are going to spoil us!" G added as an afterthought, "And I'm looking forward to seeing the Taj Mahal." But that's only because she didn't know what the shopping opportunities would be. 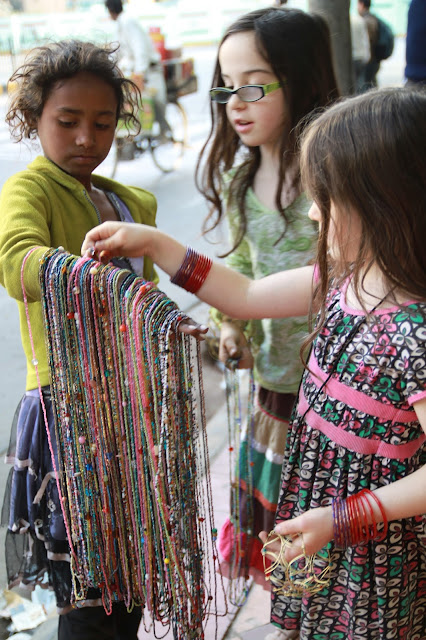 For example, a set of three shiny jewelry boxes that she's been coveting in a Parisian import store for about 15euros cost $1 or so here. The girls are the worst possible bargainers since as soon as they hear the first offer price, G looks at us and shouts loudly, "That's so cheap!"  This is our haul from the first 24 hours alone: 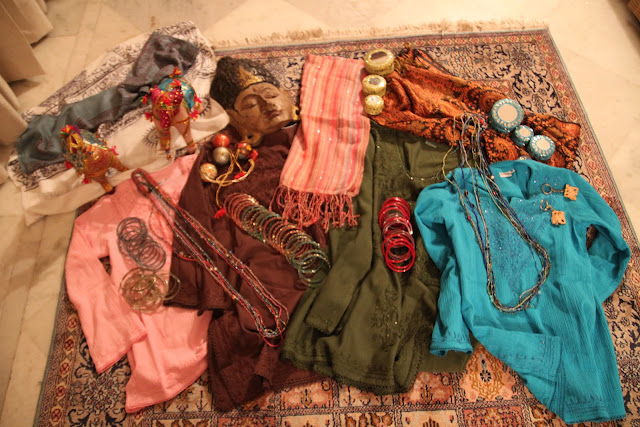 This morning is the main shopping event that G & P have been looking forward to for months: shopping for saris with their Aunt Coca. 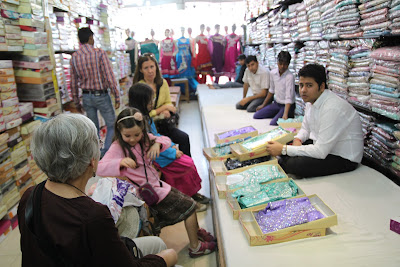 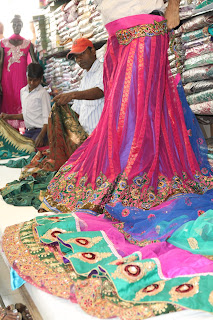 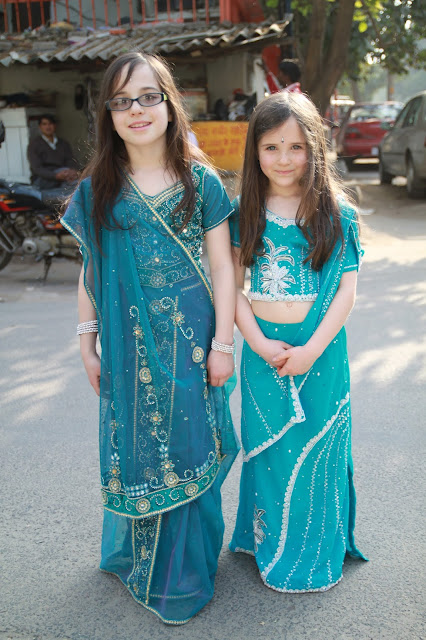 The girls actually end up with two outfits each -- a sari-lengha (like a lengha but the scarf is attached and drapes around sari-style, such as both of the turquoise outfits in the photo above), a lengha for G (a separate top, shirt, and scarf, but she is only wearing the top half of her peach outfit in the photo below) and a churidar (dress that comes with leggings that P decides not to wear in the photo below). Other than the mounting bill, Anthony is probably quite pleased to miss this portion of the trip since he really hates shopping. And the only thing he hates more than shopping is seeing musicals. And the only thing he hates more than seeing musicals would be seeing musicals in Hindi. 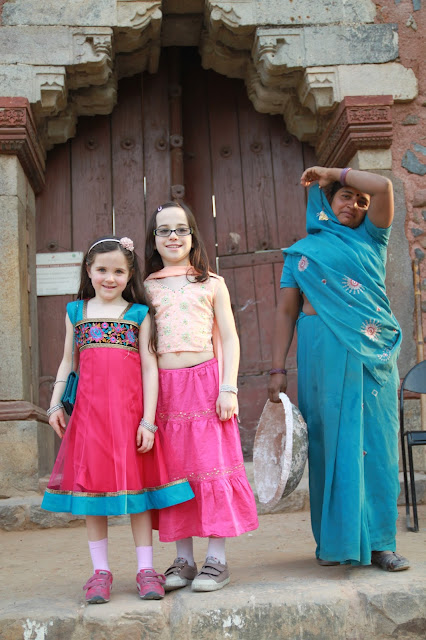