Given that it's Leap Day, we feel like there's really no choice: Today is the day we ride an elephant up to the Amber Fort. My mother refuses since she is afraid of heights, slopes, and strange rides (along with speed and cold), effectively ruling out biking down-hill, skiing, hot-air balloons, and now, elephant rides. In a completely unexpected turn of events, my father opts out of the elephant ride, citing the fact that he sat on one in the Bronx Zoo at age four and still remembers it. This from the man who buys Peeps every year at Easter and hides them in the glove compartment.

This is actually my second time on an elephant, having ridden in Thailand in my twenties with my friend Andi, but that's certainly not going to stop me from getting on with my girls! Other than the joy of sharing this adventure with my kids, my favorite part of the ride is actually the fact that our mahut (elephant trainer) is on his cell phone nearly the whole way up. It's the ultimate ad for coverage:"Can you hear me now? Can you hear me now? Sorry, the trumpeting is so loud here." 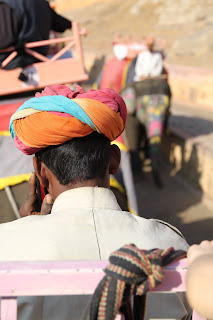 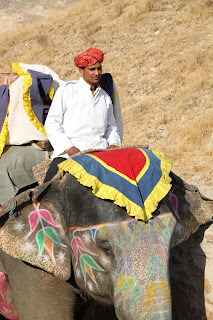 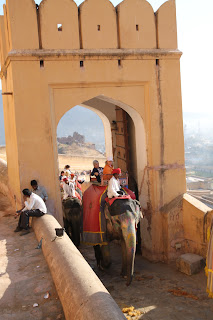 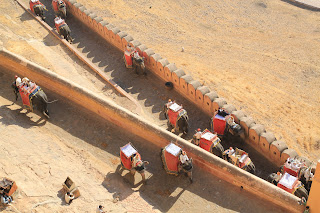 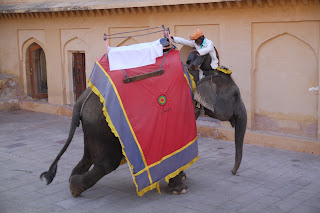 Photos at the Amber Fort itself: 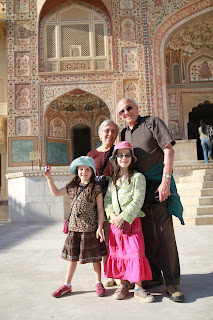 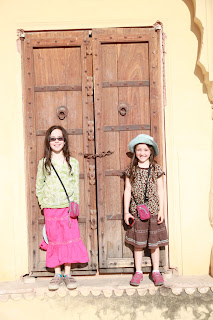 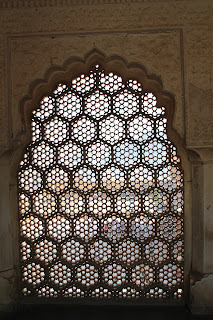 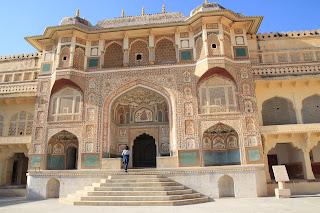 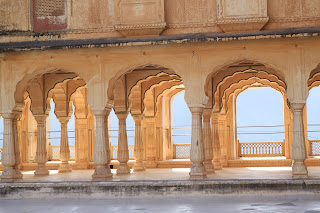 Another favorite aspect of the elephant ride is that two different entrepreneurial photographers take our photos and call out to us from the walls on the way up. "Look for me! I'm Tony!" And "Look for me! I'm Ali!" Naturally, I don't actually look for either of them, but on our way out of the fortress, Tony find us. He tries to sell me the photos, which he's already printed out, for 500 rupees, but since he and I both realize it's a sunk cost for him, I give him 100 and we're both happy. More amazing is that after we drive away, we decide we want to pull into a viewing point down at the bottom, well outside the fort. It is there that Ali finds me, and I give him 150 rupees for his photos, since we are  so amazed at the magic of him tracking me down. We still can't figure out how he knows to look for us there, since even we ourselves don't know we'll stop in that particular parking lot till it happens. 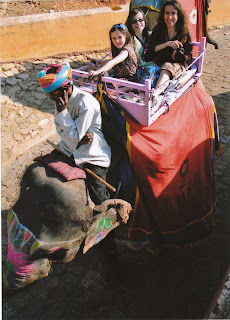 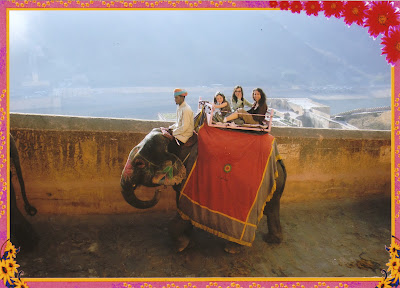 Jaipur is known as the Pink City, for obvious reasons having to do with the main palace in town pictured below, part of which is still currently occupied (on occasion, at least) by the local Rajah. 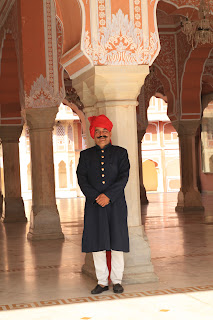 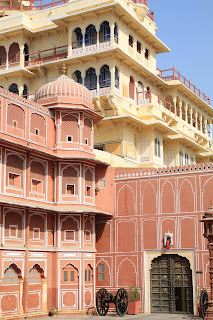 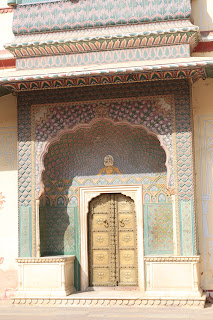 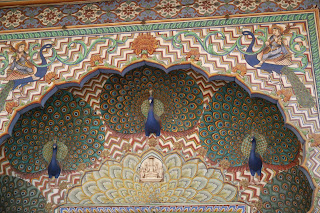 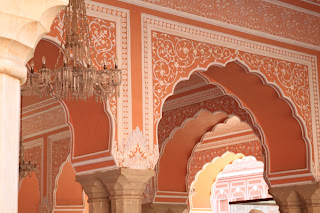 The Pink City is pretty in pink and perfectly pleasant, but frankly we are just as enamored with a temple whose name alone makes it unlikely to every be as popular as the Pink City, the Amber Fort, or the Taj Mahal: "Maharaja Sawai Mansingh II Museum Trust, The City Palace, Jaipur, Gatore Ki Chhatriyan" has fewer tourists, probably because nobody knows how to tell the tuk-tuk driver where they want to go. Consequently, it is very fun to poke around and explore at a leisurely pace without scads of people popping up unexpectedly in front of your camera. 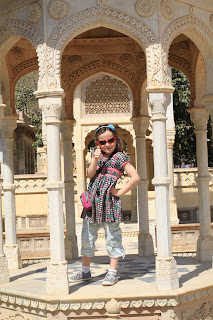 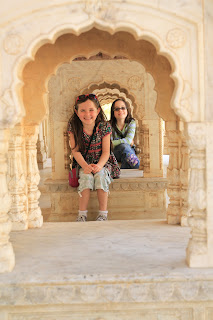 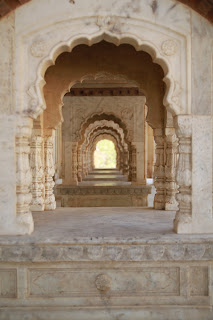 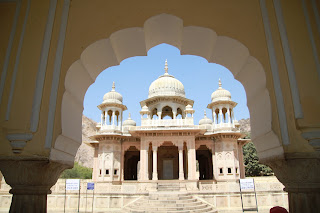 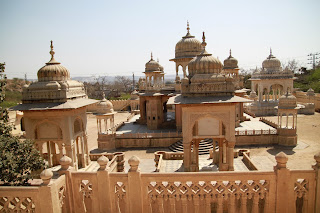 The only problem with celebrating Leap Day with a six and eight year old on an elephant in India is that it will be hard to top it when they're ten and twelve. I'll have to start my planning soon.